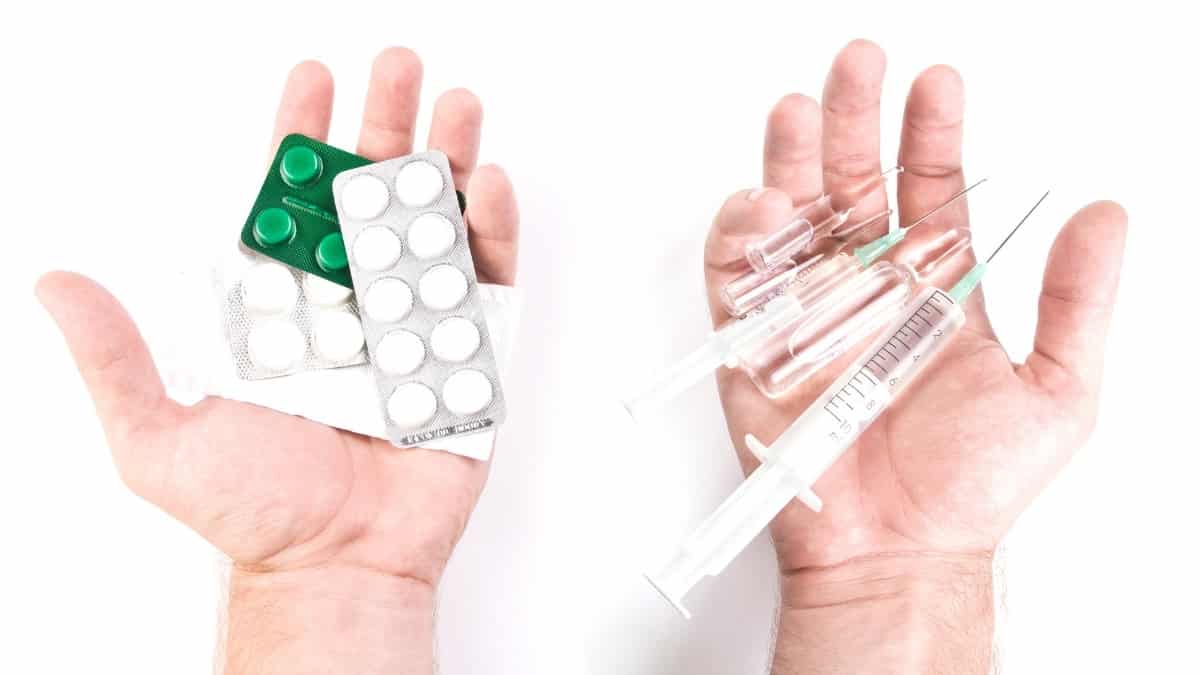 Ivermectin medication was mainly used to treat parasitic infections in animals like heartworm and acariasis. But in the year 1987, it was approved by the U.S Food and Drug Administration (FDA) to treat human infections like head lice, scabies, and river blindness. Some patients wonder what’s the best way to take medicine (Ivermectin tablet vs. injection).

However, it should be known that an injectable form of Ivermectin is strictly meant for animals and should never be considered for human use as it can lead to severe side effects.

Ivermectin is a prescription medicine, and it is advised to take it after consulting a medical professional only. As per the patient’s need, one may take Ivermectin in oral or topical form.

How to use ivermectin injection for humans?

In the context of Ivermectin tablet vs. injection, public health authorities have not approved the use of injections for human uses. Such injections are strictly meant only for animal usage. Ivermectin medication can be taken only in the form of oral tablets, topical cream, or lotions to treat parasitic infections.

Hence, when it comes to choosing between Ivermectin tablet vs. injection, avoid taking the injectable medicine. Get a proper consultation from your general physician before taking Ivermectin medication.

What forms does Ivermectin come in?

Ivermectin medicines are available in multiple forms worldwide. After getting a proper medical diagnosis, your healthcare professional will prescribe the most suitable form of the medication.

Some of the commonly known forms of Ivermectin tablets are as follows:-

Such medication should always be taken only when specifically recommended by your doctor. Though the FDA has approved oral and topical forms of Ivermectin to treat intestinal strongyloidiasis and onchocerciasis, ivermectin injections are strictly not meant for human usage.

How do you take Ivermectin?

One should always take Ivermectin 3mg tablets on an empty stomach, preferably one to two hours before having a meal. Take the pill by swallowing it as a whole, and avoid breaking or chewing the medicine. A medical expert will prescribe the correct dosage of the Ivermectin tablet to you. Under no circumstances should you take an overdose of Ivermectin; doing so can trigger some severe side effects.

If your doctor recommends the topical form of Ivermectin, apply the lotion or cream as per the directions given on the medication. To know how to take Ivermectin tablets effectively, click here.

How do Ivermectin medications work?

After getting administered Ivermectin medication, your healthcare provider will do a stool examination to know whether the parasite infection is gone or not. However, if the infection persists, an additional dose may be given. After taking Ivermectin, one may experience common symptoms like nausea, headache, or dizziness. Hence always take the medication under the guidance of a medical expert.

Also read: Is Ivermectin an Antibiotic?

Is Ivermectin safe for humans?

Ivermectin is an FDA-approved drug that can help treat parasitic infections in humans. It is safe to take Ivermectin if taken under the guidance of a medical professional through a valid prescription. You can easily buy Ivermectin tablets from Fordailymedicine.com at the best possible price.

Who should not take Ivermectin?

However, if any side effects emerge after taking Ivermectin, consult your doctor immediately. Your doctor may change the dosage of Ivermectin or prescribe some other medication that can be more effective. To buy Ivecop (Ivermectin) tablets from our online medical store, click here.

Also read: Is Ivermectin a Steroid?

When can taking Ivermectin to be unsafe?


Taking Ivermectin to treat Covid-19 can be unsafe as the public health authorities have not authorized such usage. One should never take the Ivermectin medication that is strictly meant for animal usage; doing so can lead to some serious medical complications.

What dose of Ivermectin should one take?